What started out as a conversation among members of Alpha Phi Alpha Fraternity, Inc. became the talking point to a reality of a vision seen through eyes of one who believed what seemed impossible as the reward of a lifetime.

For George Charles III, a proud graduate of North Carolina A&T University, this was the chance of a lifetime to take teens from Arizona and expose them to culture they aren’t able to see and allow them a chance to escape the comfort zone of Arizona, and so it began.

The planning process for the HBCU Tour started in early 2019 and included a rollercoaster of challenges and victories.

One such challenge included a group backing out of 10 reserved seats during the summer in 2019 which put the certainty of the tour in doubt. At this particular point, Charles’ planning committee, also known as Project Alpha, wondered if they could actually pull this tour off.

Project Alpha is an effort by the Phoenix alumni chapter of Alpha Phi Alpha Fraternity, Inc. to provide mentoring and guidance to teenage Black males ages 12 through 17.

The Project Alpha committee was also working with a professional tour company to organize everything. Project Alpha needed a minimum of 40 boys from Arizona to financially commit so they could cover all associated charges (airfare, bus, hotel, food, etc.).

Despite the aforementioned letdown, Charles said there was always an unwavering faith that “we will get to 40 and have a waiting list for our planned tour in 2020.”

Finally in September, the Project Alpha committee members decided it was in their best interests to invite female teenage students to join the tour. They had been receiving quite a few requests from parents who wanted to sign up their daughters but since the Project Alpha group was only intended to serve young Black males, the committee was hesitant. However, once the Project Alpha leaders made the wise decision to welcome young ladies, the registration numbers swelled to 43 total pupils for the 2019 trip!

As the October 7-11 HBCU tour commenced, the children and parents expressed such appreciation and gratitude for this opportunity. During the tour, the students showed such attentiveness, respect, humility, and enthusiasm to see the campuses of Florida State, Florida A&M University, Alabama State University, Tuskegee University, Clark Atlanta University, Morehouse College and Spelman College. The tour which has been described by Arizona students as “life changing,” and “amazing,” has led to an early buzz for Project Alpha’s 2020 HBCU Tour.

“We are excited to continue to bring opportunities to students who may have never gotten this opportunity being so far from the majority of the HBCUs,” said Charles. “We have been thankful for the partnerships with GMES, Salvation Army KROC Center, Kappa League, Mass Mutual, Pilgrim Rest Baptist Church, Murph Community AME Church, and the partnerships that will be built as the 2020 Tour approaches.”

Charles said the waiting list for the 2020 Tour is currently at 67 students.

If you have a high school student (9-12 grades) who is interested in attending Project Alpha’s 2nd Annual HBCU Tour, please reach out to program chair, Bro. George W. Charles III at projectalpha@phoenixalphas.org or visit phoenixalphas.org. 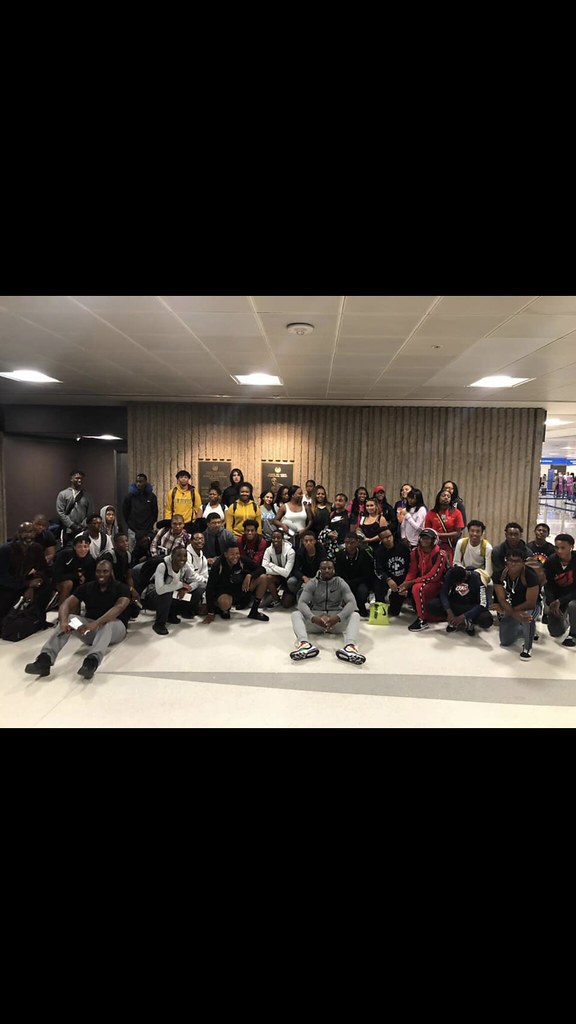 Drumline LIVE at Chandler Center for the Arts on January 20, 2023